Eurobattery Minerals AB (Nordic Growth Market: "BAT"; “the Company”) a growth company in the mining and exploration industry with the vision to help Europe become self-sufficient in ethical battery minerals, today announces that Vulcan Hautalampi Oy (“VHOy”) is about to commence drilling at the Hautalampi nickel (Ni), cobalt (Co), copper (Cu) project (“Hautalampi”; “the project”) in Outokumpu, eastern Finland. The Company has the option to acquire 100% of VHOy in a staged acquisition for an aggregate consideration of €6.05m in shares and cash.

The 100% owner and manager of the Hautalampi Project, VHOy, have informed the Company that a diamond drill rig and crew are scheduled to arrive at the site on Monday 13 th July with drilling to commence immediately. The drilling contractor, Northdrill Oy, www.northdrill.fi/en is an experienced operator in Finland and previously worked on the project in 2017-2018.

– We are incredibly pleased and satisfied for this smooth and quick start-up of the drilling campaign at Hautalampi, said Roberto García Martínez, CEO of Eurobattery Minerals . Desktop studies of historical drilling and the geological model has recognised the area for resource expansion is greater than previously identified. This is an exciting time for both companies as we fast-track the project to production and we look forward to seeing the results of the drilling over the coming months.

The Hautalampi Project is located at the same site as the famous Keretti (Outokumpu) copper mine (Figure 1). Approximately 28.5Mt @ 3.8% Cu was mined at Keretti from 1912 – 1989. The Hautalampi Ni-Co-Cu orebody is located parallel and above the exploited copper deposit. Existing surface and underground infrastructure, including a high voltage power line, concrete foundations and roads, provide significant location advantages to the project. Approximately €10-15M has been invested in Hautalampi by previous owners, including 22,000m of core drilling, a decline and additional underground mine development works (2,100m), mineral resource and reserve estimates, multiple mineral processing studies and a feasibility study. Previous investment enables VHOy and BAT to fast-track the project to an updated feasibility study status. 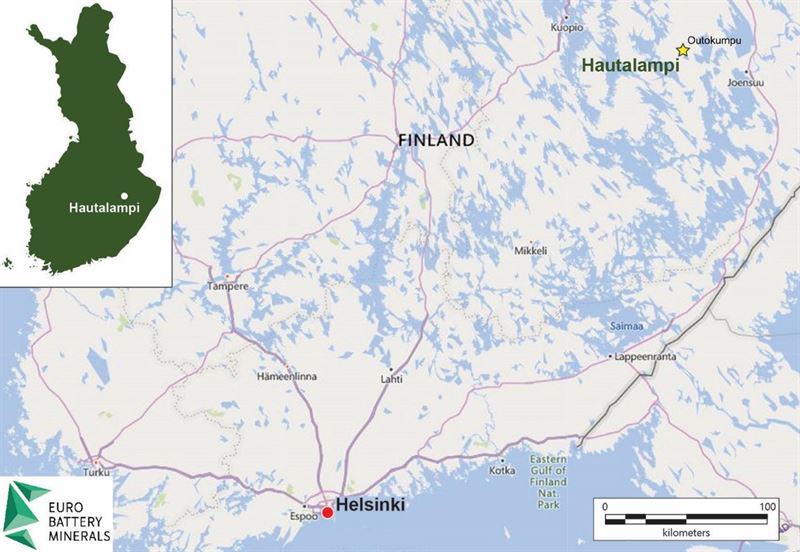 The phase 1 drilling programme has been planned to cover approximately two thirds of the prospective Blue Sky zone. Approximately 45 – 50 drill holes have been planned for 4,500 – 5,000m (Figure 2). Drilling will be undertaken by Northdrill Oy, an experienced contractor with substantial experience in the project area. The drill rig is well conditioned to operate year round, including winter (Figure 3). Drilling rates are anticipated to be approximately 1,500m per month. The Company plans to mobilise additional drill rigs to expedite the completion of phase 1 drilling.Drill holes will be spaced along sections to infill the historical drilling which was completed on 80m sections, thereby providing total coverage at 40m section spacing. Each drill hole will be spaced at 40m within each section. The mineralised horizons in the zones being targeted are relatively shallow and appear to have the most promising metal grades. Drill holes will be angled at approximately -80° to intersect the lodes perpendicular. Drill hole depths will range from 50 – 190m, with an average depth of approximately 110m 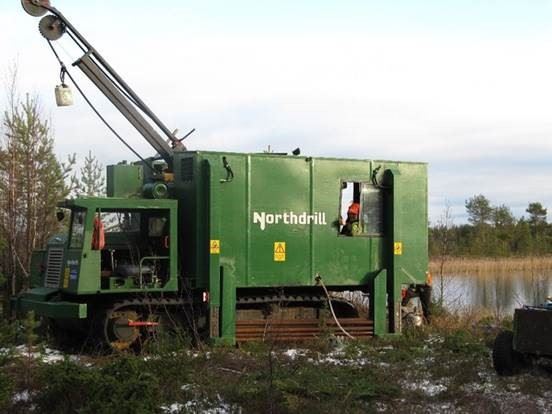 Eurobattery Minerals is a mining and prospecting company focused on battery minerals such as nickel, cobalt, copper and rare earth elements. Business activities and operations are conducted exclusively in Europe with a focus on Finland, Spain and Sweden. The Company has one mining licence and eight exploration licences. The headquarters are located in Stockholm.

Get press releases and a monthly summary to your inbox.