Eurobattery Minerals AB (NGM; “BAT"); a growth company in the mining and exploration industry with the vision to help Europe become self-sufficient in ethical battery minerals, today announced the start of the drilling campaign in its Spanish ‘Corcel project’ in northwest Spain. ‘Corcel’ is located at Castriz, approximately 50 km southwest of the regional centre of La Coruña, Galicia. Leading Spanish drilling contractor Geonor Sondeos y Perforaciones S.L “Geonor” has been awarded the contract and drilling starts today. The company has recently finalized a comprehensive analysis of the deposit in the Corcel finding and concluded that there are large deposits of nickel in the ground as well as cobalt and copper. Eurobattery Minerals are now launching the next step when drilling commence today.

- Europe’s big automotive industry has a great need for sustainably produced batteries. Something that the EU Commission has also identified as an important strategic goal for the region in order to be climate neutral. Achieving this requires sustainable and ethical mined battery minerals. Through the drilling we are now launching and we are taking an important step in providing Europe with ethical battery minerals,” says Roberto García Martínez, CEO of Eurobattery Minerals.

Drilling at Corcel will be an important milestone for Eurobattery Minerals, no modern exploration method have been applied there since the 1980’s. The company is expecting to complete the drilling campaign during Q4 2019 and after this announce the final results of the campaign.

– The mineralisation already identified at Corcel is shallow, and would therefore be amenable to low cost with open cut mining methods which would make the economics strong for any potential mine developments, in which >0.15% Ni is a typical economic cut-off for open cut nickel deposits, said Roberto García Martínez. 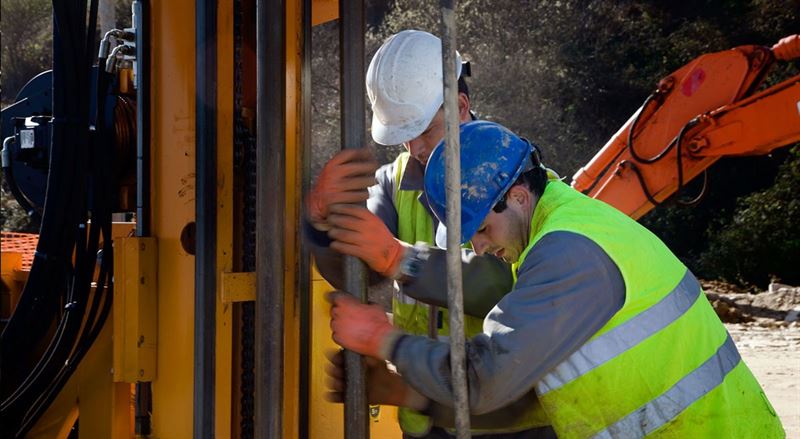 Spanish drilling contractor Geonor will conduct the drilling. The company, founded in 2001, is dedicated to provide services in the fields of civil engineering, construction and mining. They are specialists in conducting mineral and geotechnical drilling, as well as in technical assistance in these fields, having worked for a number of international exploration and mining companies and is one of the leading drilling contractors in Spain.

– I am looking forward to work in close collaboration with Geonor in the drilling campaign and ultimately to get the final results later in Q4, Roberto García Martínez concludes.

Eurobattery Minerals is a mining and prospecting company focused on battery minerals such as nickel, cobalt, copper and rare earth elements. Business activities and operations are conducted exclusively in Europe with a focus on Spain and northern Sweden. The company has one mining license and eight exploration licenses. The headquarters is located in Stockholm.

Get press releases and a monthly summary to your inbox.